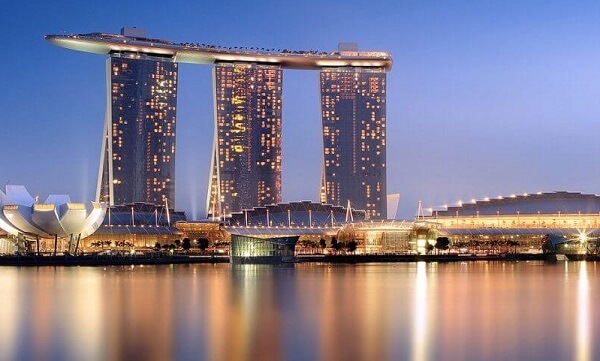 Singapore is well known as being the world’s cleanest country. Moreover, it is an incredibly beautiful destination to visit. And while it may be small in landmass, it certainly packs a massive punch and leaves quite the impression on all of its visitors. However, apart from all of this, Singapore is also home to Marina Bay Sands. This casino resort is one of the most famous of its kind and it offers players and visitors alike a well-integrated experience that will not soon be forgotten. Take a look at what you can expect when you visit this impressive resort.

A Little Bit of Background

As a whole, Singapore developed considerably quickly. One reason for this lies in the fact that all steps towards its economic expansion was planned down to the tee. Marina Bay Sands resort is the perfect example of this. This resort is the result of a need to meet the country’s economic and tourism objectives. Only two proposals were passed and approved by the committee in charge of advancing these objectives, one of which was for this particular resort. The proposals were assessed on four criteria. Firstly, the subject needed to appeal to tourists. Secondly, it needed to prove that it had a sound concept and design attached to it. Furthermore, the investment that would be required was considered, as was the reputation and strength of the partners attached to it.

Of course, a casino resort of this magnitude was bound to encounter a few setbacks along the way. While the initial plan was to launch the resort all at once in 2009, the financial crisis as the time did not allow for this as construction costs skyrocketed. It was then decided that the first phase of the project, which included the casino, would be opened by 27 April 2010. However, this did not happen, but by 23 June of the same year, the first phase was officially open to the public. The rest of the resort, including the hotel rooms, officially opened after a lavish ceremony on 17 February of 2011.

Marina Bay Sands casino resort is, without a doubt, one of Singapore’s most recognisable symbols. This resort offers plenty for its visitors to look forward to, and the casino is perfect for players who are looking for a true, classic traditional casino experience.

When visiting Marina Bay Sands casino, players can expect to see design that was influenced by decks of cards, according to the resort’s designer, Moshe Safdie. However, the casino is not the only impressive part of the resort. It also consists of three hotel towers, which in total, house an astonishing 2500 rooms. Furthermore, the resort’s visitors can also look forward to a trip to the ArtScience Museum, which is also housed within the resort. Throughout the entire resort, visitors can expect to see plenty of beautiful designs, all of which needed to go through quite an extensive approval process.