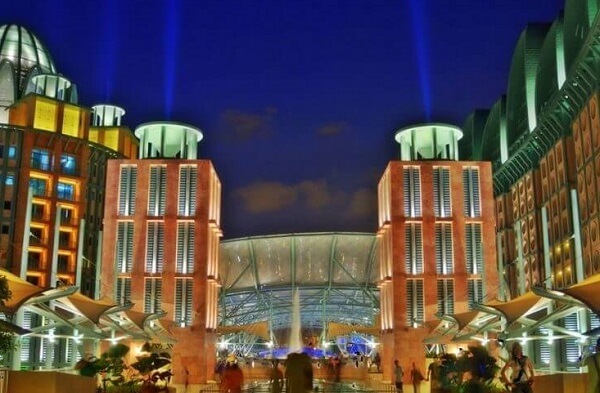 It is certainly no secret that Singapore is one of Asia’s most admired countries. With a reputation of being incredibly clean and developed, this destination has plenty to offer its visitors. However, a little known fact about this country is that it houses some of the world’s best casino resorts. One such resort is Resorts World Sentosa, which has, for many years, been one of the main tourist attractions in Singapore. Ever since it opened its doors on 20 January 2010, this resort has been inundated with thousands of guests on a daily basis. Below, you will find a little bit more information on how this establishment came to be.

A Glance at its History

Resorts World Sentosa is built on the same ground that the Imbiah Lookout once stood on. 16 April of 2007 saw the first construction on this resort begin. For an establishment of this magnitude, the 34 months that it took to build everything stands for record timing. By 20 January 2010, the first phase of the resort opened. This phase included the Hard Rock Hotel, as well as Hotel Michael. Just a few days later, on 31 January of the same year, the FestiveWalk section of the resort was opened. And just a two weeks after that, on 14 February 2010, the casino was officially opened. Interestingly enough, Singapore’s famous Universal Studios is also located at this resort, and on 18 March 2010, the theme park was opened to the public.

The casino at Resorts World Sentosa measures in at 15 000 square metres, which is the maximum size it can be in accordance with the laws of Singapore. The casino is located directly under Crockfords Tower. The government requires that all residents of Singapore pay S$100 for a day pass to the casino. Alternatively, they can buy a yearly membership fee at a cost of S$2000. However, all tourists or foreign employees working in the country can enter for free, just as long as they can provide proof of nationality with their passports. All entry fees raised from local casino visitors are given directly to the Singapore Totalisator Board, which then distributes the funds to charities.

Of course, Resorts World Sentosa has so much more than just a casino and hotel rooms. It is home to plenty of other amenities too, including the likes of gourmet restaurants and a fully equipped spa. However, perhaps the most popular attraction outside of the casino is the resort’s Universal Studios park. As mentioned above, it has been open since March of 2010. Ever since then, it has attracted millions of visitors. The park is divided into seven zones, namely Far Far Away, Madagascar, The Lost World, Ancient Egypt, New York and Hollywood.

It is no wonder that Singapore’s Resorts World Sentosa has attracted so many visitors over the years like onlinekeno.co, especially considering all that it has to offer, from a state-of-the-art casino to a theme park, as well as plenty of gourmet restaurants.